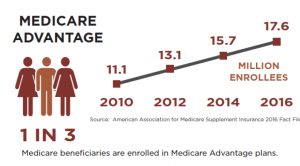 “As the nation prepares for Medicare Open Enrollment it’s important to take note of the growth of both options available to enrollees,” shares Jesse Slome, director of the American Association for Medicare Supplement Insurance (AAMSI).  The national organization’s Find A Local Medicare Supplement Agent online directory is the leading national resource used by consumers to connect with Medicare insurance agents in their region.

One in Three Americans Enrolled in Medicare Advantage Plans

In 2016, one in three Medicare beneficiaries was enrolled in a Medicare Advantage plan according to AAMSI. “The coming months are an important time for millions of Americans who are on Medicare to review their coverage and look ahead to the next year,” Slome notes.

Slome was sharing the information in anticipation of the 2017 Medicare Open Enrollment Period (OEP]. Medicare Open Enrollment runs from October 15 through December 7 in 2017. “During OEP the Association’s website receives greatly increased traffic as consumers seek answers and want to connect with local experts,” Slome adds. “We expect this year to be the busiest ever.” 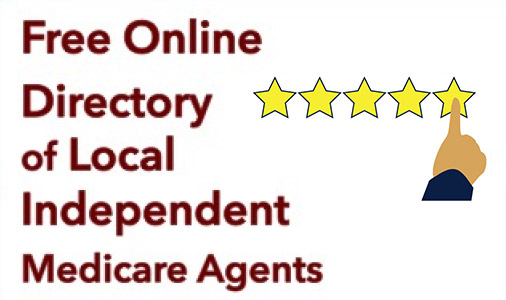 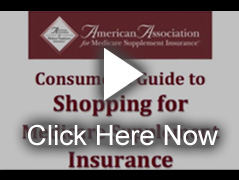